BUENOS AIRES (Reuters) -Argentina's government will tighten pandemic restrictions in and around the capital Buenos Aires to rein in a sharp spike in COVID-19 cases, including shutting schools and imposing a curfew from 8pm to limit social activity.

President Alberto Fernández, 62, given his all-clear earlier in the day after he was infected with the virus, said the South American country needed to "gain time" in the fight against COVID-19 after daily cases hit a record this week.

"The virus is attacking us and is far from giving in," the center-left leader said in a televised address.

The measures will see schools closed in Greater Buenos Aires from Monday, and the suspension of indoor sports, recreational, religious and cultural activities until April 30.

Fernandez's Peronist government had been keen to avoid a blanket lockdown to protect a fragile economic recovery and with poverty rates rising, but has been forced to toughen restrictions by the recent sharp rise in cases.

In some neighborhoods of the city, citizens honked car horns and banged on pans to express their disagreement with the measures, local television footage showed. 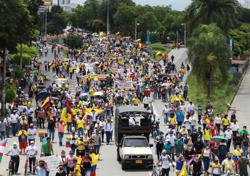 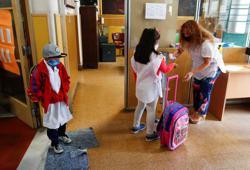