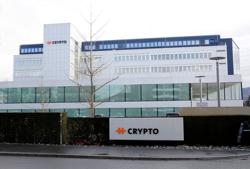 ZURICH (Reuters) - The Swiss government on Tuesday defended a new anti-terrorism law that will be put to a nationwide referendum in June and that includes restrictive measures on child suspects.

Under Switzerland's system of direct democracy, a committee collected signatures to force a referendum to overturn the law that was adopted by parliament in September.

The referendum will take place on June 13.

The new law allows the police to intervene with preventative measures if they have concrete and current indications of terrorist activity, the government said in a statement.

However, it contains some controversial points, such as preventive house detention for potential offenders from the age of 15 as well as electronic surveillance and restraining orders for people from the age of 12 who are considered a threat. It can also stop people leaving the country.

"Experience shows that there are under-age persons to whom these measures could be applied," Justice and Police Minister Karin Keller-Sutter told a briefing, citing the example of two convicted jihadists who went to Syria at the ages of 15 and 16 to support Islamic State militants.

The "No to Preventative Punishment" committee said the new law infringed the convention on children's rights and was also contrary to the presumption of innocence.

"This law is not going to prevent a single attack.. house detention is not going to keep an individual from getting radicalised," committee memeber Tobias Voegeli told a separate media briefing on Tuesday.

Several United Nations human rights experts have also expressed concern about the law, criticising notably its definition of terrorism as too vague and too broad.

Switzerland has not been the target of any high-profile militant attacks in recent years but the Federal Intelligence Service sees an increased threat. The government has cited many attacks in Europe, including in Europe: Paris, Brussels, Nice, Berlin and Vienna. 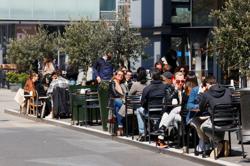