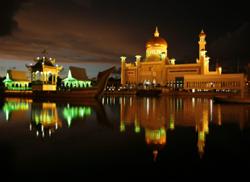 SINGAPORE (Reuters) - Singapore Foreign Minister Vivian Balakrishnan will visit Brunei Darussalam on Monday, after which he will go to Malaysia and Indonesia, the foreign affairs ministry said.

The minister's visit reaffirmed the close and longstanding special relationship between Singapore and Brunei, the ministry said in a statement.

The statement did not specify any other reason for the visits, but last week Indonesian President Joko Widodo called for an end to bloodshed in military-ruled Myanmar and for Southeast Asian leaders to hold a high-level meeting to try to find a way out of the country's escalating crisis.

Balakrishnan is scheduled to arrive in Malaysia on Tuesday for a two-day visit, where he is expected to discuss bilateral, regional and international issues with counterpart Hishammuddin Hussein, Malaysia's foreign ministry said.

"Both foreign ministers will also explore post COVID-19 collaboration, including reciprocal vaccination certification, which will benefit both the nations," it said in a statement.

Brunei is currently chair of the 10-member Association of Southeast Asian Nations (ASEAN).

Myanmar, which is a member of ASEAN, has been locked in crisis since the elected government led by Nobel peace laureate Aung San Suu Kyi on Feb. 1 was overthrown by the military, bringing an end to 10 years of tentative democratic reform.

At least 250 people have now been killed since the military coup, according to figures from the Assistance Association for Political Prisoners activist group.

A meeting of ASEAN foreign ministers on March 2 to discuss the crisis failed to make a breakthrough. 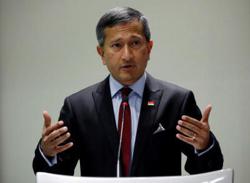 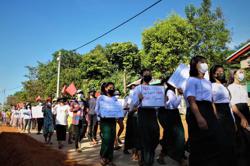