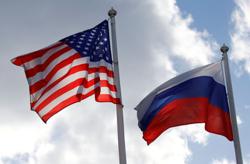 FILE PHOTO: Kremlin critic Alexei Navalny stands inside a defendant dock during a court hearing in Moscow, Russia, Russia February 20, 2021, in this still image taken from video. Press Service of Babushkinsky District Court of Moscow/Handout via REUTERS ATTENTION EDITORS - THIS IMAGE HAS BEEN SUPPLIED BY A THIRD PARTY. NO RESALES. NO ARCHIVES. MANDATORY CREDIT./File Photo

MOSCOW (Reuters) - Russia has identified a policeman as a suspect in a criminal investigation into a flight data leak that could have been used to out jailed Kremlin critic Alexei Navalny's alleged poisoners, the Kommersant newspaper reported on Monday.

Investigators suspect a police major in St Petersburg of accessing an official database and selling air passenger data of a flight from the Siberian city of Tomsk to Moscow last August that Navalny was on board the day he was poisoned.

Navalny, President Vladimir Putin's most prominent critic, collapsed on the flight in a near-fatal poisoning in Siberia with what many Western nations said was a nerve agent.

The policeman, who was not named in Kommersant's article, is suspected of abuse of power, which carries a punishment of up to ten years in jail. It did not say if anyone had been arrested.

Citing flight records and other data, investigative website Bellingcat and media outlet The Insider said in December that they had identified assassins from Russia's FSB security service as Navalny's would-be killers.

The criminal investigation against the St Petersburg policeman is at least the second such case reported by Russian media.

In January, the RBC business daily reported that a police officer in the city of Samara had been put under house arrest on the same charge for leaking other confidential information that could have helped identify Navalny's alleged poisoners.

Navalny accuses Putin of ordering his murder. The Kremlin has repeatedly rejected any suggestion that Russian authorities tried to kill him.