Iran says it was not behind blast on Israeli-owned ship 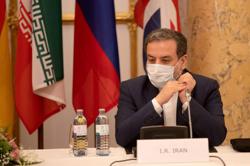 DUBAI (Reuters) - Iran strongly rejects Israel's claim that Tehran was behind a blast aboard an Israeli-owned ship in the Gulf of Oman last week, an Iranian foreign ministry spokesman said in a televised news conference on Monday.

"We strongly reject this accusation... the security of the Persian Gulf is extremely important for Iran," Saeed Khatibzadeh said.

Prime Minister Benjamin Netanyahu blamed Iran on Monday for a blast aboard the MV Helios Ray, a vehicle-carrier ship, but sidestepped a question on whether Israel would retaliate.