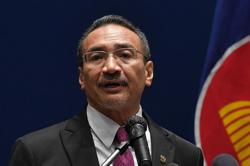 FILE PHOTO: An elderly couple sit in a car after receiving the first dose of the Pfizer-BioNTech vaccine against the coronavirus disease (COVID-19) during a mass vaccination rollout in Ronda, Spain February 11, 2021. REUTERS/Jon Nazca/File Photo

MADRID (Reuters) - Spanish supermarkets, department stores and other food and distribution companies offered on Friday to help overloaded health authorities with coronavirus vaccinations, even as bars reopened in some regions amid slowing infections.

Five major retail associations said in a letter to health authorities that their members - many of which already carry out annual inoculations of staff - could administer COVID-19 jabs to their workers to ease pressure on the health service.

The companies, including El Corte Ingles, Carrefour and IKEA, said they could operate in strict compliance with the national vaccination strategy.

Although Spain initially said its primary-care network could handle the vaccination plan, an expected acceleration in vaccine deliveries in the second quarter is prompting regional authorities to consider converting big venues into makeshift injection centres.

Madrid has already said it will make use of stadiums, while other regions such as Andalusia, Valencia and Catalonia are weighing their options, potentially even using cathedrals. The Andalusian city of Ronda has already begun using drive-thru vaccination stations.

To hit a national target of having 70% of the 47 million strong population inoculated by the of summer, some authorities may hire retired physicians, students or other professionals such as pharmacists to help out.

In an initial phase aimed at protecting care-home residents and workers and frontline medics, Spain has administered 2.3 million doses. Authorities will soon start inoculating a broader cross-section of society, including domestic workers and physiotherapists, with AstraZeneca's vaccine, which is approved for 18-55 year olds.

With Spain's 14-day infection rate down to 540 cases per 100,000 people from almost 900 in late January, several regions have begun to relax restrictions.

Bars in the central region of Castilla-La Mancha reopened on Friday but customers must download a QR code before going inside to allow for easier contact tracing.

Meanwhile Madrid said it would extend its 10 p.m. curfew by an hour to 11 p.m. from next Thursday.

But authorities in Valencia, where tough restrictions will remain in place until March, detected three cases of the South African coronavirus variant.