Jan Hanses, CEO of the company, spoke highly of their business with the Chinese shipbuilding company when interviewed by Finnish national radio Yle.

Talking to Yle, Hanses said that the decision to purchase a ship from Xiamen Shipbuilding Industry is correct. The company was chosen for its rich experience in shipbuilding and competitive price.

"Viking Line could not get a satisfactory solution from Finland," said Hanses, adding that an order from Finland would have cost nearly a hundred million euros extra.

The Viking Glory is built for the line between Turku, southwestern Finland, and Stockholm, with a call on Mariehamn of the Aland islands.

The ship is powered by natural gas (LNG) and equipped by the world's advanced central control and alarm monitoring system. Measuring 218 meters in length, the ship is longer than Viking Line's first LNG ship Viking Grace, which was built in 2013, but uses ten percent less fuel.

The transfer of the ship from China to Finland may take a month and a half, according to the Finnish shipping company. 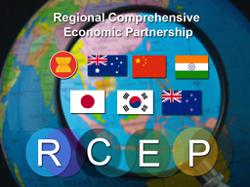