By Borja Suarez and Joan Faus

Camp Canarias 50, installed by the Spanish government to house migrants who were in hotels in the south of the island, are seen in Gran Canaria, Spain January 26, 2021. REUTERS/Borja Suarez

GRAN CANARIA, Spain (Reuters) - Spain is launching a new migration policy in the Canary Islands, opening camps for undocumented migrants in a sign that it expects a significant influx of new arrivals, while it largely refuses to transfer them to the mainland.

After a huge jump in arrivals from Morocco and sub-Saharan Africa last year sparked tensions in the archipelago, authorities have started to move some migrants to tents in two camps on Gran Canaria.

Four more will be opened in mid-February on Gran Canaria, Tenerife and Fuerteventura islands for up to 7,000 migrants.

They mostly comprise outdoor tents in unused military facilities where people can enter and leave freely, and are meant to house migrants pending extradition or having their international protection requests processed, officials said. The tents will be later replaced by permanent facilities.

The government says it does not want to transfer the migrants - who reach the archipelago from north or west Africa on rickety boats - to mainland Spain, because doing so could encourage more migrants keen to reach Europe.

Txema Santana, spokesman of refugees non-profit CEAR, criticised this, saying: "Accumulating people in a reception territory like the Canaries will generate nothing positive for the local population or the migrants because it complicates their access to rights."

The government, he said, was acting too late, not coordinating with local authorities and not providing good enough living conditions in the camps.

The Migrations Ministry, responsible for the camps, declined to comment.

The government has repeatedly defended its policy while insisting the Canaries would not be similar to Greece's Lesbos island where a massive overcrowded migrant camp suffered a fire in September.

Often seeking to flee from the coronavirus' ravaging economic impact on their home countries, they travel mainly from Morocco along a dangerous route in the Atlantic as smugglers avoid journeys from the better-policed Mediterranean coast, a Spanish Interior Ministry source and police source said.

Arrivals in the first 15 days of January grew 234% from the same time last year to a total of 1,069 migrants, although the government expects an increase in deportations should discourage migrants, the ministry source said.

Until authorities closed it in November, newly-arrived migrants stayed at a crammed, hastily improvised dockside camp in Gran Canaria. Human Rights Watch warned it did not respect "people's dignity or basic rights".

As authorities faced a shortage of emergency beds, migrants were also placed in 17 hotels, which had plenty of space due to the tourism collapse prompted by the pandemic.

But what was conceived as a transitory fix lasted longer than expected, unnerving the hotel sector. It also triggered protests against migrants, some backed by far-right party Vox which denounced a "migratory invasion".

Tom Smulders, vice-president of the Canaries' FEHT hotel federation, said the sector was happy to have helped but complained the transfers to camps were too slow: "We had agreed this was a temporary solution and the end date was December 31."

Current hotel occupancy is around 5% from the 90%-95% normally expected, he said. 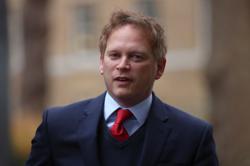