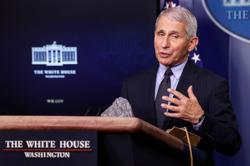 HARARE, Jan. 23 (Xinhua) -- Zimbabwean President Emmerson Mnangagwa said Saturday said that frontline staff will be the first ones to receive the COVID-19 vaccine, which he said would be rolled out as soon as experts determine which ones to take.

Giving a State of the Nation Address at State House, Mnangagwa said the experts were "very close" to recommending the course to take on the choice of the vaccine, which should ensure safety and effectiveness.

Zimbabwe had engaged countries that had developed the vaccines and frontline staff would be given priority during rollout so that they would be able to save more lives, he said.

"Once we receive the vaccine, and it will be quite soon, they will be the first ones to be inoculated," he said.

Zimbabwe had on Friday evening recorded 30,523 cases and 962 deaths, with Mnangagwa lamenting that the death toll would soon surpass 1,000.

He expressed satisfaction that the 30-day lockdown imposed beginning of January was holding but warned that more security personnel would be deployed if there were indications that citizens were not observing safety protocols.

Mnangagwa, who has also lost four government ministers and several officials since the pandemic was first reported in the country in March 2020, said people should avoid going to private parties and gatherings and should report suspicious cases of returnees into the country.

"Help is on the way. Your government is doing all it can to ensure our nation is defended and protected," he said.

He added that more substantive announcements would be made "in the coming days". 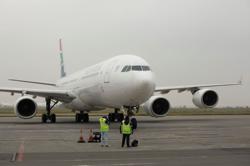 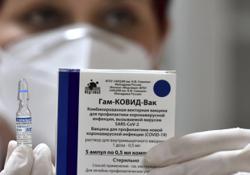