BEIJING, Jan. 21 (Xinhua) -- The following is a summary of published science and technology news of China.

The Tiantong 1-03 satellite was launched at 00:25 a.m. (Beijing Time) by a Long March-3B carrier rocket and entered the planned orbit successfully.

Tiantong-1 is a satellite mobile communication system independently developed and built by China. It consists of a space segment, ground segment, and user terminal.

China's space tracking ship Yuanwang-5 completed its mission in the Pacific Ocean to monitor and ensure the launch of the Tiantong 1-03 satellite on Wednesday.

As the only maritime monitoring site for the launch, Yuanwang-5 was responsible for the rocket measurement and satellite monitoring. It also conducted the data calculation and space-ground information exchange.

China is striving to build its capital Beijing into a global sci-tech innovation hub by 2025, said senior officials at a press conference on Wednesday.

The city's creativity, competitiveness and influence in innovation are expected to reach the top level globally as of 2035. 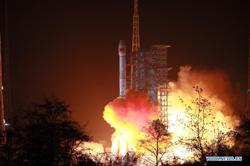 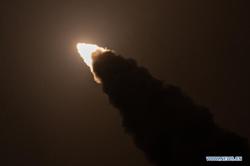