LONDON, Jan. 17 (Xinhua) -- New laws are to be introduced in Britain to protect historic statues from campaigners aiming to censor the country's past, British Communities Secretary Robert Jenrick has said.

Writing in the Sunday Telegraph, Jenrick announced he plans new laws to protect links to the past, and generations-old monuments should be "considered thoughtfully".

It followed the removal of a statue in Bristol of Edward Colston over his link to the slave trade and calls for street names linked to slave traders or Britain's colonial past to be changed.

The statue of Colston was dragged from its pedestal, rolled through city streets and thrown into the harbor at the height of Black Lives Matter campaigns.

Jenrick said statues at risk are not just those of figures who are seldom remembered, adding: "It is absurd and shameful that the statue of Winston Churchill should be questioned. Nor is Horatio Nelson safe from the revisionist purge."

Jenrick said: "I am changing the law to protect historic monuments and ensure we don't repeat the errors of previous generations. Proper process will now be required. Any decisions to remove these heritage assets will require planning permission and councils after consultation with the local community."

He is to lay his new laws before the British parliament Monday, he added.

Jenrick said: "There has been an attempt to impose a single, often negative narrative which not so much recalls our national story, as seeks to erase part of it."

The legislation would require planning permission for any changes and a minister would be given the final veto. It will be revealed in Parliament on Monday, the BBC reported. 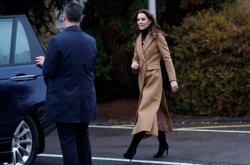