ROME, Jan. 14 (Xinhua) -- Italy on Thursday reported 17,246 new COVID-19 cases, pushing total active infections to 561,380, according to the latest numbers posted by the Ministry of Health.

The figures also showed that the death toll has risen to 80,848, up by 522 from the previous day. Meanwhile, another 20,115 patients have recovered, bringing overall recoveries since the start of the pandemic to 1,694,051.

Of the total current infections, 535,713 people are isolated at home with mild or no symptoms, 23,110 are hospitalized with symptoms, and 2,557 are in intensive care.

On Wednesday, the government extended the state of emergency, which was declared on Jan. 31, 2020 to curb the coronavirus pandemic, to April 30 this year.

Italy is number one in the European Union (EU) in terms of COVID-19 vaccinations, Extraordinary Commissioner for the Coronavirus Emergency Domenico Arcuri said during his weekly press conference on Thursday.

"We are number one in Europe in terms of numbers of those vaccinated," he said. "We inoculated over 900,000 people in two weeks, or 1.5 percent of our population."

"We are at the start of a long road," Arcuri said. "But we have started in the best of ways, and we must continue in this manner."

"There is a boom of infections in Europe...and China is also battling the virus again," Arcuri said. "Wherever we look, there is difficulty in overcoming the so-called second wave of the pandemic."

He echoed the words of Health Minister Roberto Speranza, who told parliament in a speech about the pandemic on Wednesday that "a powerful new storm is gathering throughout Europe."

"When more vaccines are authorized and distributed, we will be able to beat back the virus, but right now it is circulating with increasing strength and it can strike us very hard once more," Speranza warned lawmakers, adding that "the coming months will be very difficult."

Over 2.3 million Italians have contracted the virus since late February last year, when the pandemic began in this country of about 60 million people, Arcuri noted on Thursday, saying "that's one in 25 inhabitants."

Together, the vaccines will be enough to vaccinate 30 million Italians by the end of 2021, Arcuri said.

The Pfizer-BioNtech vaccine was approved on Dec. 21, 2020 by the European Union (EU)'s drug regulator, the European Medicines Agency (EMA), for use in the 27 EU member states. EMA approved the Moderna vaccine on Jan. 6 this year.

However, another vaccine candidate developed by British-Swedish pharmaceutical company AstraZeneca is close to the finish line. EMA is slated to meet on Jan. 29 to consider its application for approval, Arcuri said.

"We are anxiously awaiting the results of that meeting," Arcuri said, because if the AstraZeneca vaccine is deemed as effective as the other two, Italy will be able to procure an additional 40 million doses in 2021.

"This means we will be able to inoculate up to 50 million Italians by the end of the year," Arcuri explained.

As things stand now "we will vaccinate six million people within the first quarter of the year," Arcuri said.

He added that if the AstraZeneca vaccine candidate is greenlit by EMA, that number will rise to nine million inoculations in the first three months of 2021. 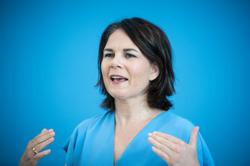