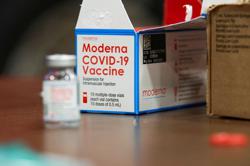 The most damaging event was the Category 4 Hurricane Laura, which made landfall near Lake Charles in western Louisiana on Aug. 27 with winds of 240 kilometers per hour. Munich Re noted that Hurricane Laura caused "substantial wind and storm surge damage and triggered widespread flooding that extended far inland."

The hurricane season in the North Atlantic exceeded even that of the record year of 2005, with 30 storms, including 13 hurricanes, according to the annual report.

"Record numbers for many relevant hazards are a cause for concern," said Torsten Jeworrek, a member of Munich Re's Board of Management. "Climate change will play an increasing role in all of these hazards."

The most expensive natural disaster of last year was a severe flood in China during the summer monsoon season. The losses it caused totaled 17 billion U.S. dollars, according to the report. While the summer floods in China remained the costliest single natural disaster worldwide, losses from natural catastrophes in Asia were less severe in 2020 than in the previous year.

In Croatia, the strongest earthquake in the country in 140 years occurred only last week. "Thanks to the low population density of the area close to the epicenter, loss amounts are expected to be limited, although it is still too early for reliable estimates," Munich Re noted.

Overall, the uninsured share of natural catastrophe losses was around 60 percent in 2020, according to the German reinsurance group.

The year 2020 "continued the series of very warm years," Munich Re noted. The mean global temperature from January to November was around 1.2 degrees Celsius higher than in the pre-industrial comparison period of 1880 to 1900.

"An increasing number of heat waves and droughts are fueling wildfires, and severe tropical cyclones and thunderstorms are becoming more frequent," said Ernst Rauch, chief climate and geoscientist at Munich Re. 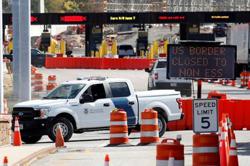