Xinhua Commentary: China's FAST not a Tower of Babel but a sky eye for all 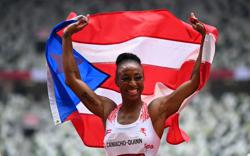 The world's largest single-dish radio telescope, now one of a kind after the collapse of the 305 meter vast telescope at Arecibo Observatory in Puerto Rico last December, will see 10 percent of its observation time allocated to global astronomers in the year starting April 1.

"China did not built FAST to be a Tower of Babel but to be an instrument of truth for all mankind, as in science we all speak the same language," said FAST's chief scientist Li Di, also a researcher at the National Astronomical Observatories of China under the Chinese Academy of Sciences.

Believed to be the world's most sensitive radio telescope, FAST has identified more than 240 pulsars since it began formal operations in January 2020. Scientists have published over 40 quality papers based on data collected by FAST.

As the Chinese installation opens to international researchers, China, alongside other countries, can make further progress in astronomy and achieve win-win cooperation in the field of high-precision scientific research.

Through years of reform and opening-up, China has leaped to new levels in its economy, science and technology, and comprehensive national strength, which has been widely recognized by the international community.

China has been sharing its BeiDou Navigation Satellite System achievements with the world in an open and cooperative manner, coordinating and collaborating with other satellite navigation systems.

China's open attitude toward international space cooperation has not only brought benefits to itself, but also to its foreign partners.

The country's lunar mission Chang'e-4, which made the first-ever soft landing on the far side of the moon two years ago, carried payloads developed by the Netherlands, Germany, Sweden and Saudi Arabia. China also expressed its willingness to share lunar samples brought back by the Chang'e-5 probe and relevant exploration data with institutions and scientists all over the world for scientific analysis.

Science should have no boundaries, and a brighter future depends on collective genius. Curious eyes will never close on the boundless universe, and deep space is worth in-depth exploration.

In its 57-year history, the iconic Arecibo telescope witnessed numerous historic breakthroughs in astronomy. FAST, an extension of the ancient Chinese practice of observing the stars, is taking up the baton and blazing new frontiers. 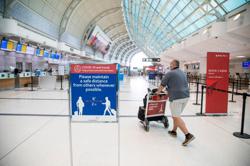