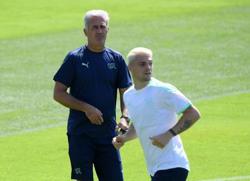 ZURICH (Reuters) - Switzerland will start getting doses of COVID-19 vaccine from Pfizer and partner BioNTech within days after its drugs regulator authorised use of the jabs in what officials called the world's first approval under a standard procedure.

Two months after receiving the application, Swissmedic allowed the vaccine for people aged 16 and older after a rolling review of documents being submitted.

That cleared the way for an initial delivery of just over 100,000 doses, which the army will put into deep-freeze storage and send to cantons to start inoculations of vulnerable people, including the elderly and those with medical conditions.

A nationwide campaign to vaccinate risk groups can start from Jan. 4. Subsequent deliveries of 250,000 doses a month held out hope that all who wanted a free jab could get one by mid-2021, federal public health agency officials said.

With approval of another product expected soon, Switzerland would have enough vaccine in the months ahead, agency director Anne Levy told a news conference in Bern.

Swissmedic is also reviewing applications for vaccines made by Moderna and AztraZeneca.

COVID-19 cases in Switzerland and neighbouring Liechtenstein have surpassed 400,000 and the death toll has topped 6,000, prompting the government on Friday to close restaurants for a month and urge people to stay home.

Although the timing of Swissmedic's approval took even government officials by surprise, the agency said data showed the vaccine was safe and effective.

"The safety of patients is an essential prerequisite, especially where the authorisation of vaccines is concerned," Swissmedic Director Raimund Bruhin said.

Sabine Bruckner, Pfizer's head of Swiss operations, called Swiss approval "a historic moment in the fight against this deadly disease".

The vaccine has been authorised or approved for emergency use in more than 15 countries, the partners said. Bruhin said he expected European Union approval soon.

Pfizer has to keep submitting information on the safety, efficacy and quality of its vaccine, Swissmedic said.

"We will take immediate action if necessary should safety signals emerge," Bruhin told a news conference.

Switzerland has a contract with Pfizer and BioNTech to deliver 3 million doses of the vaccine, enough for 1.5 million people to get two jabs three weeks apart. 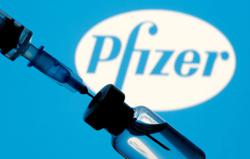