A view of modular cold storage rooms which can be temperature controlled to store the coronavirus disease (COVID-19) vaccines at dnata's cool chain facility in Singapore December 17, 2020. REUTERS/Edgar Su

SINGAPORE (Reuters) - As the door of the vaccine transport cart opens at Singapore's Changi airport, the sub-zero temperatures inside collide with the warm, tropical air, creating a carpet of steam like hot breath on a winter's day.

These carts known as cool dollies, recently acquired by logistics firm dnata, are part of a government-led plan to leverage the city-state's position as an air cargo hub and to ensure COVID-19 vaccines can be distributed around the region.

The city-state of 5.7 million has said it expects the first shots of Pfizer-BioNTech's coronavirus vaccine to arrive in the Southeast Asian transport hub this month after Singapore became the first country in Asia to approve the vaccine.

But beyond its own needs, Singapore has in recent months been beefing up its so-called "cool chain" capabilities, to ensure vaccines like Pfizer's that need to be stored in extreme cold can be smoothly transported.

"The temperature in Singapore could reach 30 degrees (Celsius) and above. Cool dollies really help us to protect the product," said Arman Abdul Malek, a dnata operations executive, demonstrating the carts he said were purchased a few weeks ago.

Typically in the 'cool chain' process, vaccines arrive on the planes in deep freeze storage boxes. They are then unloaded into the temperature-controlled cool dollies and transported across the tarmac to cavernous cold rooms at the airport's various storage facilities before onwards distribution.

Pfizer's vaccine, which is currently being administered in Britain and the United States, needs to be stored at minus 70 degrees Celsius (-94 F) or below - equivalent to an Antarctic winter.

Another vaccine by Moderna, which is nearing authorisation in the United States, can be stored for up to six months at minus 20 degrees Celsius.

Singapore ground-handling firm SATS said it is also investing in its capacity to handle these vaccines including buying cool dollies and expanding its dry ice production.

"Singapore is well-positioned to be a regional hub for storing and redistributing the vaccines across Asia", said Bob Chi, chief operating officer, gateway services, at SATS. 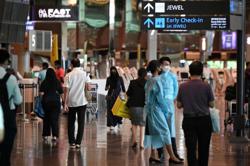 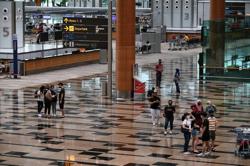