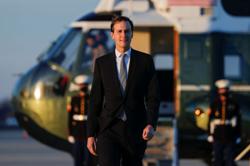 The U.S. delegation and an Israeli team will join together and take a direct flight from Tel Aviv to Rabat as a sign of progress after the Israel-Morocco deal that Kushner helped broker, the official told Reuters.

While in Jerusalem, Kushner, who is U.S. President Donald Trump's son-in-law, is to hold talks with Israeli Prime Minister Benjamin Netanyahu, the official said.

El Al is expected to be the airliner for the flight from Tel Aviv to Rabat next Tuesday for the Kushner team and a delegation led by Israeli national security adviser Meir Ben-Shabbat, the official said.

In a live interview on Israel's Army Radio, Transportation Minister Miri Regev was asked about news of the Kushner trip.

"I am so proud that our grandfathers and grandmothers can visit Morocco while still alive. This is peace," said Regev, who is descended from Moroccan Jewish immigrants to Israel.

Morocco is the Muslim country that produced the greatest number of Jewish immigrants to Israel - 250,000.

The Israel-Morocco deal was the fourth the United States helped broker, following similar agreements between Israel and the United Arab Emirates, Bahrain and Sudan.

As part of the agreement, Trump agreed to recognize Morocco's sovereignty over the Western Sahara, where a decades-old territorial dispute has pitted Morocco against the Algeria-backed Polisario Front, a breakaway movement that seeks to establish an independent state in the territory.

Kushner and his team are still holding talks with other countries from the Arab and Muslim world and hope to seal at least one more agreement before Trump leaves office on Jan. 20 when President-elect Joe Biden is due to enter the White House. 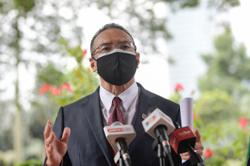