Factbox-Latest on worldwide spread of the coronavirus 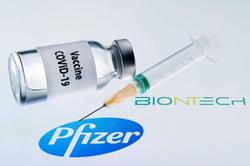 A man receives the first of two Pfizer/BioNTech COVID-19 vaccine jabs, at Guy's Hospital, at the start of the largest ever immunisation programme in the British history, in London, Britain December 8, 2020. Victoria Jones/Pool via REUTERS

(Reuters) - The $2.3 trillion COVID-19 aid and spending package signed by U.S. President Donald Trump buoyed the stock and oil markets on Monday, while more countries detected their first cases of a new variant of the coronavirus.

* The distribution of an initial 200 million doses of the COVID-19 vaccine developed by Pfizer and BioNTech across the European Union will be completed by September, a spokesman for the EU Commission said.

* Some German districts will not use the COVID-19 vaccine received over the weekend over the suspicion that the cold chain could have been interrupted during its delivery, a district administrators told Reuters TV.

* Russia's first big international shipment of its vaccine - 300,000 doses sent to Argentina last week - consisted only of the first dose of the two-shot vaccine, which is easier to make than the second dose, sources told Reuters.

* Democrats in the U.S. Congress on Monday will try to push through expanded $2,000 pandemic relief payments for Americans after President Trump backed down from a fight with lawmakers that could have shut down the federal government.

* The U.S. Transportation Security Administration said it screened 1.28 million passengers at U.S. airports on Sunday, the highest number since mid-March, when the pandemic slashed travel demand.

* Brazilian Vice President Hamilton Mourao is taking the antimalarial drug hydroxychloroquine as part of an unproven treatment after contracting COVID-19, his office said.

* South Korean officials are vowing to speed up efforts to launch a public COVID-19 vaccination programme as the country announced it had detected its first cases of the virus variant linked to a rapid rise in infections in Britain.

* International visitors will be barred from entering Indonesia for a two-week period to try to keep out the potentially more contagious variant of the virus.

* A Chinese court handed down a four-year jail term to a citizen-journalist who reported from the central city of Wuhan at the peak of this year's outbreak on the grounds of "picking quarrels and provoking trouble", her lawyer said.

* Authorities in Kazakhstan said they had signed a preliminary agreement with Pfizer to potentially buy the vaccine it developed with its partner BioNTech.

* Lebanon has secured about 2 million doses of Pfizer-BioNTech's vaccine, which will cover 20% of the country's nationals, the health minister said.

* Saudi Arabia's interior ministry extended a ban on entry to the kingdom by air, land and sea for another week amid concerns over the variant of the virus.

* South Africa's total infections crossed a million on Sunday, days after another new variant of virus - which UK officials have said appears to have mutated further than the variant in Britain - was confirmed to be present in the country.

* Russia will begin trials of an antibody treatment for COVID-19 patients next year, according to the head of the Moscow institute that developed the country's first vaccine against the disease, Sputnik V.

* The Serum Institute of India, the local maker of the Oxford/AstraZeneca coronavirus vaccine, said it expected the British and Indian governments to approve shots for emergency use within a few days.

* Novavax Inc has begun a large late-stage study of its experimental COVID-19 vaccine in the United States, the drug developer said. 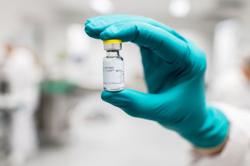