NEW YORK, Dec. 8 (Xinhua) -- The U.S. Postal Service (USPS ) will release three stamps next year to celebrate Asian American history and culture, including one to feature the Chinese American nuclear physicist Chien-Shiung Wu, a woman who excelled in a male-dominated field.

Wu, who was born in China in 1912, was one of the top physicists of the 20th century, at a time when the field was dominated by men. She moved to the United States, received her doctorate from the University of California, Berkeley, and spent much of her career teaching at Columbia University.

A granddaughter, Jada Yuan, a reporter for The Washington Post, was quoted by local media as saying that Wu would have been happy to be remembered this way, especially amid a surge in anti-Asian racism this year.

"She would've been upset" with "the rising violence against Asian Americans due to xenophobia," Yuan said. "So it's great that an agency like the post office has decided to celebrate her and Asian American culture in a positive way."

Yuan, who was 19 when Wu died in 1997 at age 84, said she knew her grandmother only post-retirement and not as a renowned scientist.

"Over the years, I've noticed her getting recognized more and more as there is a movement to recognize women whose accomplishments were not recognized in their lifetime, especially with the growing enthusiasm for women in science," she told national television network NBC.

Chien-Shiung Wu was a Chinese American experimental physicist who made significant contributions in the field of nuclear physics. Wu worked on the Manhattan Project, where she helped develop the process for separating uranium into uranium-235 and uranium-238 isotopes by gaseous diffusion. 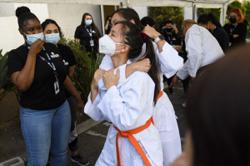 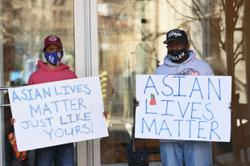