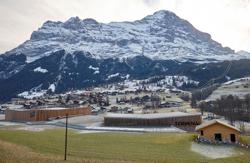 FILE PHOTO: People wearing protective masks ski with the Matterhorn mountain in the background, amid the coronavirus disease (COVID-19) outbreak, in the ski resort of Zermatt, Switzerland November 21, 2020. REUTERS/Denis Balibouse

ZURICH (Reuters) - Switzerland allowed ski resorts to stay open for domestic tourism as the government on Friday announced some stricter measures to control the spread of the novel coronavirus.

Ski areas will need local authority approval to operate after Dec. 22, while enclosed transport including ski lifts, trains and gondolas will be limited to two-thirds capacity from Dec. 9, it said.

"Ski resorts should be able to remain open for domestic tourism," the government said in a statement, while stressing permits could be revoked if resorts do not adhere to strict safety measures.

The Swiss approach contrasts with neighbours France, Italy and Germany which are keeping winter sports under wraps over the holidays. Austria will let resorts reopen for Christmas while making ski holidays nearly impossible.

Switzerland, which is battling persistently high number of coronavirus cases, announced a raft of other measures, including a ban on singing outside of family circles and in schools.

It recommended gatherings in private and at restaurants be restricted to two households, while it also reduced capacity limits on the number of shoppers allowed into stores at one time and urged employers to let staff work from home. 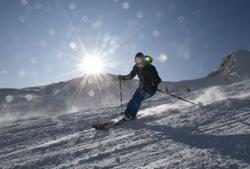