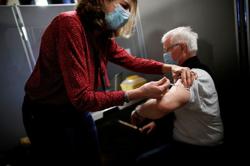 Haute Autorite de la Sante (HAS) suggested rolling out the campaign in stages and on a voluntary basis, like in many other countries.

President Emmanuel Macron said last week that vaccines could start to be administered as soon as the end of the year in France, if approved by regulators, after hopes were raised of a quick roll-out following promising results from trials of several candidates.

After those in nursing homes, amounting to around 840,000 people in France, a second phase would target those aged 65 and over, as well as some health workers, the HAS said.

Three other stages would follow, aimed at people with underlying conditions such as diabetes, other exposed professionals and then adults with no known other conditions.

"These recommendations will evolve other time as we get more data. We call for vaccination on a voluntary basis," the head of HAS Dominique Le Guludec told reporters.

The French government is due to detail in the coming days how it will handle its vaccines campaign.

The European Union has so far secured deals with Sanofi and GlaxoSmithKline, Johnson & Johnson, AstraZeneca, CureVac, Pfizer and BioNTech as well as Moderna.

With 1.9 billion doses expected at this stage to reach the EU, France aims to secure about 295 million doses. 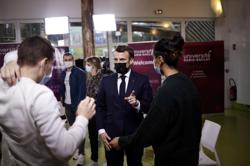