ADDIS ABABA/NAIROBI (Reuters) - Rebellious forces from Ethiopia's northern region of Tigray said they had shot down a military plane and retaken a town from federal forces on Sunday, as war dragged on a day after the government announced its military offensive was over.

There was no immediate comment from the government or the military on the claims made by Debretsion Gebremichael, leader of the Tigray People's Liberation Front (TPLF), in text messages to Reuters.

Claims from all sides are difficult to verify since phone and internet links to Tigray have been down and access tightly controlled since the conflict began on Nov. 4.

Prime Minister Abiy Ahmed's government has been trying to quell a rebellion by the TPLF, a powerful ethnically-based party that dominated the central government for nearly three decades until Abiy came to power in 2018. Thousands of people are believed to have been killed since the fighting began, nearly 44,000 have fled to neighbouring Sudan, and there are reports of militias targeting civilians.

The conflict has been a major test for Abiy, a leader who pledged to unite the myriad ethnic groups that make up Ethiopia's 115 million population, but who has faced repeated bouts of violence across the country. The flow of refugees and rocket attacks by the TPLF on neighbouring Eritrea also threaten to destabilize the wider Horn of Africa region.

Abiy, who has rebuffed international offers to mediate, said on Saturday evening that federal troops had taken control of the Tigrayan capital Mekelle, allaying fears of protracted fighting in the city of 500,000 people. He said federal police would try to arrest TPLF "criminals" and bring them to court.

Police then issued arrest warrants for 17 military officers on charges of treason and embezzlement of public properties, state-affiliated Fana TV reported. Arrest warrants already exist for 117 other senior officers with alleged ties to the TPLF.

It was not clear if any TPLF leaders had surrendered or been apprehended since Saturday. Their whereabouts were also unknown.

TPLF chairman Debretsion told Reuters in a series of text messages on Saturday that while the group was withdrawing from around the city it would fight on – a declaration that raised the spectre of a drawn-out guerrilla war.

"This is about defending our right to self determination," Debretsion said.

In text messages on Sunday, he said that his forces had shot down an Ethiopian military plane and captured the pilot, and had also retaken the town of Axum.

Also on Sunday, Ethiopian state TV (ETV) said that 70 graves, some holding individual and some multiple bodies, were found in the town of Humera in Tigray. The news reader did not say who might have killed the people buried in the graves.

Rights investigators and civilians fleeing the conflict say fighters from both sides, including civilian militias supporting more formal security forces, have carried out mass killings. Both the government and the TPLF deny their forces were involved.

Lieutenant General Bacha Debele told Fana TV that the military was engaged in “stabilization activities" on Sunday, including assisting people displaced by the fighting to return to their villages.

The International Committee of the Red Cross (ICRC) said Mekelle was quiet on Sunday. But it said in a statement hospitals were running low on supplies such as gloves to care for the wounded, and one hospital lacked body bags for the dead.

Regional diplomats and experts have said that a quick military victory in Mekelle might not mark the end of the conflict.

"Although it’s not clear how depleted Tigrayan security forces are by the conflict, armed resistance to federal rule may well be backed by much of the regional government and party apparatus, including local militia, as well as by other Tigrayan nationalist elements," Will Davison, a senior analyst on Ethiopia at the International Crisis Group think tank, told Reuters on Sunday.

The TPLF has a history of guerrilla resistance. Tigray's mountainous terrain and borders with Sudan and Eritrea helped the group during its long struggle against Marxist dictator Mengistu Haile Mariam, whom it eventually toppled in 1991.

The TPLF and Eritrean forces fought together against Mengistu, and Eritrea secured its independence from Ethiopia with his departure. But relations soured soon after. The two nations went to war over a border dispute in 1998-2000.

Abiy won a Nobel Peace Prize last year for making peace with Eritrea, but the TPLF continues to regard the country as a mortal enemy.

Six explosions were reported in the Eritrean capital Asmara on Saturday night, the U.S. State Department said in a statement. It did not mention the cause or location of the explosions. However, three regional diplomats told Reuters they were either rockets or missiles.

Government officials in Asmara and Addis Ababa did not immediately respond to requests for comment on the latest explosions. Tigrayan forces also could not be reached.

The TPLF has accused Eritrea of sending troops into Tigray in support of the Ethiopian government and said it fired rockets at Asmara on Nov. 14.

Abiy's government launched the offensive in Tigray after what it described as an attack by local forces on federal troops stationed there.

The TPLF accuses Abiy of wanting to centralise control at the expense of Ethiopia's 10 regions, which exercise wide-ranging powers over matters such as taxation and security. Abiy denies this.

Tensions escalated after Tigray held a regional election in September in defiance of the federal government, which had postponed voting nationwide in August because of the COVID-19 pandemic. Thee government called the Tigray vote illegal. 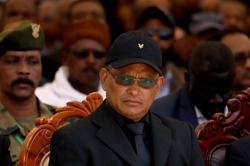 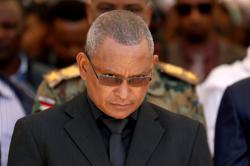