MOSCOW (Reuters) - Russia should consider revising the terms of its participation in the International Space Station, a Russian space industry executive said on Thursday, because it wants to focus on forming its own orbiting outpost after 2024.

The Russian space agency, Roscosmos, has said it will remain part of the ISS until 2024 and that it is open to extending its participation beyond then.

"We have to reconsider the terms of further participation in the (ISS) programme and focus on the implementation of orbital station programmes," Vladimir Solovyov, deputy head of Rocket and Space Corporation Energia, was quoted as saying by the Scientific Russia internet portal.

The state-run company oversees the Russian segment of the ISS, which was launched in 1989 by the Russian and U.S. state space agencies.

Solovyov, who was speaking at a meeting of the Russian Academy of Sciences focusing on space, did not say whether Russia should quit the ISS before 2024.

He said a lot of the equipment on the ISS was starting to age and that it needed to be replaced. He said there would be an "avalanche" of broken equipment there after 2025.

The ISS is used for space and Earth exploration by 14 countries, including Japan, Canada and members of the European Space Agency. International agreements on its use are valid until 2024. 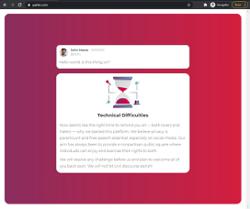