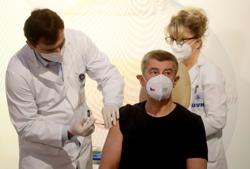 PRAGUE (Reuters) - The Czech Republic should begin offering free antigen tests for COVID-19 for all who want them from Dec. 18, Health Minister Jan Blatny was quoted as saying in an interview on Wednesday.

The Czech Republic has been one of the worst-hit countries in Europe in the second wave of the pandemic. It is set to ease some of its measures that have been in place for weeks had have helped to slow the spread of novel coronavirus infections.

Prime Minister Andrej Babis said on Tuesday he wanted free testing on a voluntary basis before Christmas, expanding the use of antigen tests, which are faster and logistically easier than standard PCR (swab) tests but less accurate.

Other countries have used the tests for mass testing.

"The idea is very simple: during the first three weeks in December, when we will all go shopping, some of us will likely get infected... that should show around Christmas," Blatny told SeznamZpravy.cz news website.

The country of 10.7 million has shown one of Europe's fastest per-capita rises in coronavirus infection since September although the incidence has slowed in the last few weeks.

The risk level was moved on Monday from the fifth, or highest, rung on the government's coronavirus danger scale, to the fourth. That means restaurants, some schools and most shops remain closed but may reopen as soon as next week if current trends continue.

Blatny has said the government will meet on Sunday to decide on further easing.

The total number of infections since the pandemic first hit in March rose to 502,534 on Tuesday, when the country registered 5,854 new cases, less than half of the daily peaks seen at the turn of October and November.

Total deaths have more than doubled in November to 7,499 after cases surged. 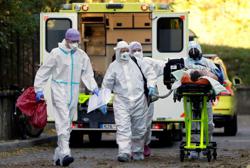