HOUSTON, Nov. 23 (Xinhua) -- The latest foreign trade figures of the U.S. Houston-Galveston Customs District showed the novel coronavirus has continued to impact both global and domestic economic activity, according to a Monday release.

The monthly update of foreign trade from the Greater Houston Partnership showed that the customs district's top import, crude and refined products decreased in weight by 1.1 percent in the first nine months of 2020 compared to the same period in 2019. The value decreased by 36.2 percent in the same period, from 16.9 billion U.S. dollars to 10.8 billion dollars.

In the first nine months this year, the customs district handled 254.5 million metric tons (MT) of goods and commodities, a 3.4 percent increase over the comparable period last year, according to the update. These shipments were valued at 145.1 billion dollars, down 16.9 percent from the same period of 2019.

Compared to the first nine months of 2019, export tonnage rose 17.3 percent in the customs district, however the value of exports fell 13 percent. Imports decreased by both measures, slipping 8.5 percent in weight and 23.5 percent in value, said the update.

It was also found that during this period, China became No. 1 trading partner of the custom district, overtaking Mexico and Brazil. 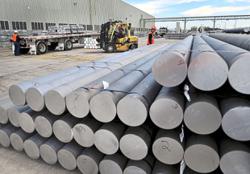