STOCKHOLM (Reuters) - Sweden's health watchdog said on Tuesday it had uncovered "serious shortcomings" in COVID-19 care for residents of nursing homes where thousands have died, increasing pressure on the country's unorthodox pandemic strategy.

Nursing homes were ravaged by the initial wave of the coronavirus, prompting Prime Minister Stefan Lofven's sombre admission in May that the country failed to protect its elderly.

Known for its rejection of lockdowns and masks, Sweden has suffered many times more COVID-19 deaths per capita than its neighbours - though fewer than countries such as Spain - a failure authorities have in part blamed on inadequate controls and care at nursing homes.

The Health and Social Care Inspectorate (IVO), a government agency supervising healthcare and social services, has spent months investigating care at nursing homes after a flood of complaints from relatives and staff.

"In its investigation, IVO has identified serious short-comings at regional level when it comes to the care provided to people living in nursing homes," Sofia Wallstrom, the watchdog's director general, told a news conference presenting its findings.

The watchdog said none of Sweden's 21 regions had taken sufficient responsibility for the treatment of infected nursing home residents, with a fifth of patients having received no individual assessment by doctors.

The probe did not single out individual facilities or staff.

After a lull during the summer, cases have shot up again at elderly care facilities during a second wave of the pandemic, raising fears of a repeat of the deadly spring. Nursing home residents account for nearly half of Sweden's more than 6,400 deaths among COVID-19 patients.

The watchdog urged regional authorities to carry out measures to improve care and present them no later than Jan. 15 next year and said it would be carrying out a further review of patient records.

"The lowest level (of care) is quite simply too low," Wallstrom said. "Even during a pandemic." 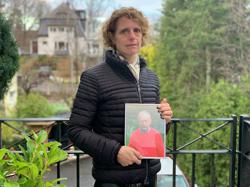