By Ju-min Park and Kiyoshi Takenaka 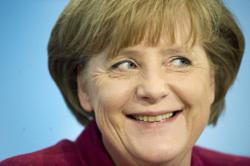 TOKYO (Reuters) - China's Foreign Minister Wang Yi is set to visit Tokyo on Tuesday marking the first such high-level trip since Japan picked a new leader in September and amid mounting concerns over Beijing's growing assertiveness in the region.

While Suga has steered clear of the harsh anti-China rhetoric used by Japan's ally the United States, he has moved to counter its influence by deepening ties with Australia and making his first overseas trip to Vietnam and Indonesia.

"There are various pending issues between the two countries, so through high-level meetings, it is important to reach solutions to each issue one by one," Japanese Foreign Minister Toshimitsu Motegi told reporters on Tuesday before the meeting.

He said he would have a "frank exchange" of views on bilateral relations with Wang, including on how to resume traffic between the two countries during the pandemic.

While encouraging its companies to diversify supply chains away from China, Japan is getting closer with Beijing through trade agreements.

Earlier this month, China signed the Regional Comprehensive Economic Partnership (RCEP) with other 14 economies including U.S. allies Japan and South Korea, but the United States was not party to the deal.

It was the first multilateral trade deal for China, the first bilateral tariff reduction arrangement between Japan and China, and the first time China, Japan and South Korea have been in a single free-trade bloc.

Wang will fly to South Korea after Japan, for talks that will include North Korea.

"For China, this visit is important for re-planning a strategy towards the two US-allies under the coming Biden administration," said Toshiya Takahashi, an associate professor of international relations at Shoin University.

The United States, a key security backer of Japan and South Korea, is going through a drawn-out leadership transition to new president-elect Joe Biden.

Experts said Wang's diplomacy could help lay the groundwork for a trilateral summit with Japan and South Korea to push forward trade partnerships.

Japan, a key member state of the pact and next year's chair, aims to expand the CPTPP, potentially paving ways for China to join after U.S. President Donald Trump walked away from the pact.

Motegi, the Japanese foreign minister, said on Friday China's expression of interests was "welcome" but it needs further assessment in accordance with the pact's rules.

(This story corrects to fix day in paragraph 4)