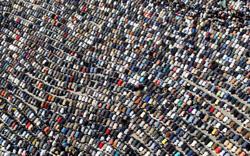 CAIRO, Nov. 13 (Xinhua) -- The China Cultural Center in Cairo on Friday organized online the final of the 2020 Chinese Songs in Egypt competition with the participation of 10 Egyptian singers.

"Although we have to enjoy the performances via the internet amid the ongoing COVID-19 pandemic this year, we can still witness the friendship between Egyptian and Chinese people by singing," said Chinese Ambassador to Egypt Liao Liqiang.

He encouraged the contestants to express such enduring friendship and a bright future of joint development of the two countries in their beautiful songs.

According to the staff of the Center, nearly 150 people signed up for the competition after the start of registration in July, 10 of whom entered the final through online selection.

In this final, the Egyptian contestants sang familiar Chinese songs, such as The Brightest Star in the Night Sky and The Meaning of Travelling, in melodious voices and clear pronunciation, showing their understanding and love of both traditional and modern culture of China.

"The Asian songs are very close to the Egyptian hearts as they combine similar emotional features," said the contestant Dana Salah, a student of Cairo University.

The final results of the competition will be announced on Nov. 20 and the video will also be broadcast on Egyptian TV.