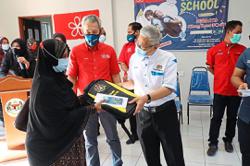 NEW YORK, Nov. 10 (Xinhua) -- Some of the upcoming seasonal celebrations, which have been big holiday attractions of New York City, are going virtual or getting cancelled this year due to the COVID-19 pandemic, reported The Wall Street Journal on Tuesday.

"In the case of the Macy's Thanksgiving event, it is still happening, but strictly as a televised affair," said the paper.

The floats and giant helium balloons will be paraded sans spectators just in front of Macy's flagship Herald Square store, Susan Tercero, the event's executive producer, was quoted as saying.

"We have to keep everybody safe," she said of the decision not to hold a public event.

Similarly, the Rockefeller tree will be in place, but the popular lighting ceremony, scheduled for Dec. 2, will also be staged solely for television, said the paper.

Protocols are still being completed for public viewing of the tree during the holiday season, according to a spokeswoman for Tishman Speyer, the real-estate company that owns and manages Rockefeller Center.

Meanwhile, some holiday happenings are being canceled -- most notably, the "Christmas Spectacular," starring the Rockettes, at Radio City Music Hall, and New York City Ballet's "The Nutcracker" at Lincoln Center, said the paper.

As of late last week, officials with Radio City and the ballet company didn't have information about any alternative programming or events, such as online presentations, they might be offering, it added.

The official Twitter account of the New York City Government said late Monday that "COVID-19 numbers are rising. Now is NOT the time to let your guard down. Find new, safe ways to celebrate the holidays this year. The health of your family is depending on it."

"We're facing a second wave of COVID-19. YOU can help us beat it back," Mayor Bill de Blasio tweeted the same day, adding that "We did it before, and we can do it again." 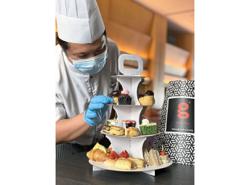 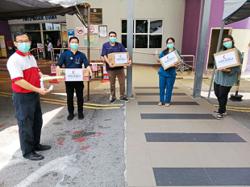