WILMINGTON, Del. (Reuters) - U.S. Democratic presidential nominee Joe Biden on Wednesday urged calm amid ongoing unrest after a Black man was shot dead this week by police in Philadelphia, saying protesters had a right to peaceful demonstrations but not destruction.

"There's no excuse whatsoever for the looting or the violence," the former vice president told reporters after casting his ballot in Wilmington, Delaware. 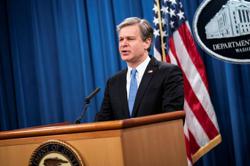 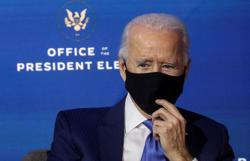