Set during the War to Resist U.S. Aggression and Aid Korea (1950-53), the movie joins a host of films and TV shows recently released to commemorate the 70th anniversary of the Chinese People's Volunteers entering the Democratic People's Republic of Korea to fight in the war.

It was followed by "My People, My Homeland," which grossed over 17.52 million yuan, accounting for over 12 percent of the daily total, with its total box office revenues exceeding 2.55 billion yuan.

"The Story of Xi Bao" ranked third with ticket sales of 4.89 million yuan on Friday. 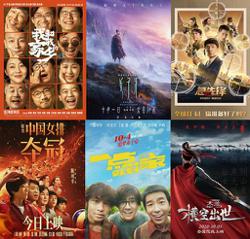