LONDON, Oct. 24 (Xinhua) -- A total of 35 iconic arts venues and cultural organisations in Britain got an injection of 75 million pounds (about 97.84 million U.S. dollars) from the government's Culture Recovery Fund, with 70 percent of funding awarded outside of London, British Culture Secretary Oliver Dowden announced on Saturday.

The fund is intended to protect some of the nation's leading cultural organisations, including the Shakespeare's Globe, the internationally renowned Sadler's Wells, and major theatres like the Old Vic, Sheffield Crucible, Manchester's Royal Exchange Theatre, the Birmingham Repertory Theatre and the Theatre Royal Plymouth.

More than 52 million pounds (67.84 million dollars), or 70 percent of the total awarded in this round, will go to organisations outside of London, and the grants are being awarded to places that define culture in all corners of the country, providing jobs, supporting the wider community and engaging the public through innovative means during the pandemic, said the British Department for Digital, Culture, Media and Sport (DCMS).

It is the largest boost from the Culture Recovery Fund to date to save the country's cultural icons.

"These places and organisations are irreplaceable parts of our heritage and what make us the cultural superpower we are," Dowden said, referring to the country's 35 of the country's cultural icons. "This vital funding will secure their future and protect jobs right away."

This is the fourth round of funding announced by the DCMS. In previous rounds, independent cinemas, heritage institutions and cultural organisations were awarded grants of up to one million pounds (about 1.3 million dollars).

The DCMS said more than 500 million pounds (652.27 million dollars) have been allocated from the Culture Recovery Fund to nearly 2,500 cultural organisations and venues of all sizes, including cinemas, heritage sites, museums, circuses, festivals and comedy clubs across the country. It is aimed to help them plan for reopening and restarting performances and programmes.

Most arts and cultural institutions across Britain were told to close since March when the coronavirus pandemic hit the country. A number of venues went into administration, even though the British government announced an emergency support package to help protect the future of theatres, galleries and museums.

To bring life back to normal, countries, such as Britain, China, Russia and the United States, are racing against time to develop coronavirus vaccines. 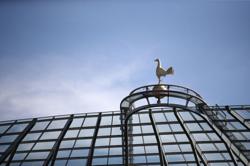 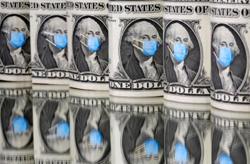