Pence and Harris announced separately on Friday that they had tested negative for COVID-19. A source at the Commission on Presidential Debates, which oversees the events, said there were no plans to scrap the running mates' debate in Utah on Wednesday. 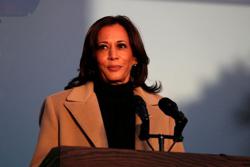