BRUSSELS (Reuters) - The European Union's executive criticised judiciary overhauls by the nationalist governments in Poland and Hungary as a "major source of controversy" and "serious concern" in its first report on Wednesday about failings in the rule of law in the bloc.

Seen by Reuters ahead of official release on Wednesday, the report also focused on challenges to media independence and fighting corruption, saying the coronavirus pandemic served as a "stress test" of democratic resilience of the 27 EU states.

The report comes as the bloc is looking to link access to EU money, including a new 750 billion euro coronavirus recovery fund, to respecting the rule of law.

"Poland's justice reforms since 2015 have been a major source of controversy," the report said, adding that Hungary was also among member states where "the direction of change has given rise to serious concern about the impact of reforms on judicial independence."

Warsaw and Budapest are locked in long-running battles with the EU over undercutting democratic checks and balances through putting courts, media, NGOs and academics under more state control.

"The European Union was created also as an antidote to ... authoritarian tendencies," said the EU's top democracy official, Commissioner for Values and Transparency, Vera Jourova, who co-wrote the report.

Hungarian Prime Minister Viktor Orban this week called for Jourova to be dismissed after she said his vision of "illiberal democracy" was in fact spearheading the creation of an "ailing democracy" in Hungary.

Bulgaria, Romania, Croatia and Slovakia were also criticised in the report for shortcomings in ensuring judiciary independence. The Commission noted corruption scandals in Bulgaria, Slovakia, Croatia, the Czech Republic, Hungary and Malta.

The report also said some governments' emergency measures to tackle coronavirus went too far in restraining the media and civil society's scrutiny of public decisions. 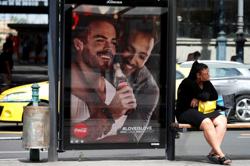 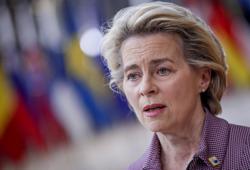