PRETORIA, Sept. 28 (Xinhua) -- Africa should record their knowledge of traditional medicines, music and culture and pass that rich heritage to the future generations, said a senior South African government official on Monday.

Director-general for Sports, Arts and Culture Vusumuzi Mkhize said this when speaking on a webinar on Africa's living human treasures.

He pointed out that when an elder dies in Africa, it's like the whole library has been burnt as the person goes with knowledge in particular.

"Africa has a strong identity, shared values and ethics. It is not true that Africa did not have science. Our elders have herbal medicine to heal our wounds, agriculture and indigenous knowledge," said Mkhize.

He said Africa's Agenda 2063 calls for the continent to preserve its culture, tradition and values.

Kenyan singer Eric Wainaina called for more collaboration of Africa artists to keep the beat going even in the advent of COVID-19. He said African artists should continue to represent those who cannot speak for themselves including the voiceless in their music and sing about Africa.

The Malian culture operator Igo Lassana Diarra concurred with others that Africa has to preserve their culture, music language and tradition. South Africa celebrates Heritage Day each year on Spt. 24. Diarra suggested that the day should be celebrated not only in South Africa but other parts on the continent. . 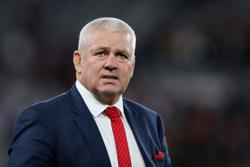 Rugby: Lions to host Japan in June ahead of South Africa tour