FILE PHOTO: The U.S. flag is seen in front of an apartment building, outside the embassy of the United States (not pictured), in Havana, Cuba April 17, 2019. REUTERS/Fernando Medina

WASHINGTON (Reuters) - U.S. President Donald Trump announced new sanctions related to Cuba on Wednesday that will prohibit Americans from staying at properties owned by the Cuban government as well as the import of Cuban cigars and liquor.

"Today, as part of our continuing fight against communist oppression, I am announcing that the Treasury Department will prohibit U.S. travelers from staying at properties owned by the Cuban government," Trump said at a White House event.

"We're also further restricting the importation of alcohol and Cuban tobacco," the Republican president said at the ceremony honoring Bay of Pigs veterans and commemorating the 40th anniversary of the 1980 Mariel boatlift that brought 120,000 Cubans to Miami.

Since taking office in January 2017, Trump has moved to tighten restrictions on Cuba that were loosened by his Democratic predecessor, President Barack Obama.

In June 2019, the Trump administration imposed heavy new restrictions on travel to Cuba, saying the move aimed to further pressure the Communist government over its support for Venezuela’s embattled President Nicolas Maduro.

The Treasury Department said at the time the United States would no longer allow so-called group people-to-people educational travel, one of the most popular exemptions to the overall ban on U.S. tourism to Cuba.

It also said it would no longer authorize passenger and recreational vessels and private and corporate aircraft to travel to Cuba. 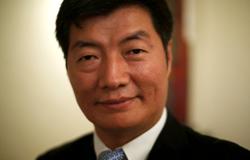