STOCKHOLM (Reuters) - Some areas of Sweden are seeing a worrying resurgence of coronavirus infections because many people seem to have set aside months of caution in favour of full-on social life once again, its prime minister said on Thursday.

Unlike most countries, Sweden eschewed a mandatory national lockdown against the pandemic, instead calling for personal responsibility, social distancing and good hygiene to slow rather than eradicate a disease seen as here to stay.

Though still with a COVID-19 caseload much lower than in many other European countries, Sweden has recorded a gradual rise in new infections in recent weeks. On Thursday 533 new ones were reported, the highest daily number since early July.

"In Sweden, the situation is comparatively...stable, but we also see signs that the number of infections is increasing in certain areas in our country. That's worrying," he told a news conference.

"The caution that existed in the spring has more and more been replaced by hugs and parties, bus trips in rush-hour traffic, and an everyday life that, for many, seems to return to normal.

He urged Swedes to adhere to social distancing and good hygiene standards, warning the government was ready to introduce stricter measures if needed to curb the spread of the virus.

"It is moving slowly but surely in the wrong direction, something we talked about that could happen in the autumn when we returned to workplaces."

Sweden reported two new deaths from COVID-19 on Thursday, taking the Total to 5,878 since the start of the pandemic.

That toll is many times more per capita than in its Nordic neighbours, but also well below countries like Spain and Italy that opted for hard national lockdowns.

The government also said on Thursday it had decided to extend a loan guarantee scheme for small and mid-sized businesses until the end of the year. 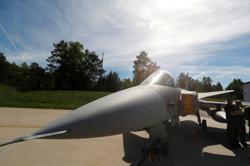