FUZHOU, Sept. 22 (Xinhua) -- In a palm-size glass bottle, a red Chinese rose, as tiny as a thumbnail, was in full bloom. The eye-catching floret had grown and blossomed in an airtight, germ-free tube, without water.

It was just one of several special plants on display at a recent exhibition in Fuzhou, in east China's Fujian Province, as part of the 2020 China Space Conference, which lasted from Friday to Monday.

The miniature flowers are a new type of Chinese rose grown from seedlings that once traveled into space on China's Shenzhou-4 spacecraft. After returning to Earth, the space-bred seedlings were planted, selected and bred into a new strain. The space-bred mini-rose has a stem height of just 20 to 30 cm, much smaller than usual, making it ideal for the demands of Bonsai cultivation.

"Space-breeding technology can provide us with more quality germplasm resources in a shorter period of time, giving us a wider choice," said Li Yaping, a technician from Shenzhou Lyupeng, an agricultural science and technology company that took part in the exhibition.

Alongside the roses at the exhibition were vegetables such as cucumbers, beans and bitter gourds, all similarly nurtured from space-traveling seedlings.

China has been working on space breeding technology since the 1980s, an area of research that combines astronautics with agricultural sciences.

Seeds are sent into space in a spacecraft. Once in the space environment, the seeds may undergo mutation, and after returning to Earth, the mutated seeds are selected and planted to breed new varieties with improved quality and yields.

The research has brought benefits in a variety of fields, including food security and protection of the natural environment.

Space-breeding technology can also be used in microbe cultivation.

The exhibition in Fuzhou featured fungi such as reishi mushrooms and lactic acid bacteria, both bred in space by Beijing Dawn Aerospace Biotech Co. Ltd.

The fungi, which have bio-pharmacy applications, were sent into space in May aboard the trial version of China's new-generation manned spaceship, returning in the capsule several days later.

The corporation said it has applied several space-bred microorganisms in the manufacture of biological health products. These include S. cerevisiae, a species of yeast that is normally used in winemaking, baking and brewing. 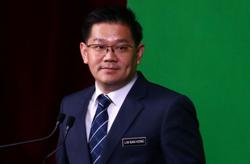