FILE PHOTO: An image of Associate Justice of the Supreme Court of the United States Ruth Bader Ginsburg is projected onto the New York State Civil Supreme Court building in Manhattan, New York City, U.S. after she passed away September 18, 2020. REUTERS/Andrew Kelly/File Photo

Democrats are telling voters that the choice of a conservative for the country's highest court will have a devastating impact on a sweeping range of social issues, including healthcare and women's rights.

The Supreme Court vacancy created by the death on Friday of Ruth Bader Ginsburg has rapidly become a rallying cry for the November elections, with the prospect of a 6-3 conservative majority galvanizing voters in a contest already fraught with division.

With few options to stop Trump from nominating a replacement for Ginsburg as early as Saturday, and a murky timeline of legislative action for when or even if a vote will be held before Nov. 3, Democrats said they will be using the issue to mobilize their supporters.

“We are going to be rallying the American people to fight this with us by pointing out the harmful consequences of stacking the court with right-wing ideologues," said Democratic U.S. Senator Chris Van Hollen of Maryland.

A senior Democratic strategist in the battleground state of Wisconsin said a central message to voters there will be that no matter what happens to Ginsburg's seat, they must choose Democrats up and down the ballot if they want to protect the Affordable Care Act, also known as Obamacare.

The Supreme Court is due to hear oral arguments just a week after Nov. 3 in a Republican-led lawsuit to gut the legislation, including provisions that provide coverage to people with pre-existing conditions.

Democratic volunteers spent the weekend on the phones urging voters to return their absentee ballots immediately, said the strategist, who spoke on condition of anonymity in order to be open about the party’s strategy and on-the-ground tactics.

Since Ginsburg's death was announced on Friday night, Democratic donors have given more than $100 million online to Democratic candidates and groups via ActBlue, the digital fundraising platform used by the party. Figures from ActBlue’s Republican counterpart, WinRed, were not available.

Trump aides, meanwhile, are pleased the focus of the election has moved, at least temporarily, to the Supreme Court rather than the president's response to the coronavirus, according to sources inside and outside the White House.

"Trump would much rather make his campaign about the Supreme Court than a referendum on ... his handling of COVID," said Republican strategist Alex Conant.

The Republican National Committee on Monday sent talking points to state party officials - aimed at Trump's core evangelical and conservative base - stating that Trump had "an obligation to fill the seat" and that his court choices "will uphold the Constitution and rule of law."

The Supreme Court has taken center stage in Trump's campaign, though one campaign official noted he would continue talking about the economy.

The court vacancy - and how the Republican Party decides to maneuver any nominee through the confirmation process - could also play a significant and unpredictable role in races for the Senate, which the Republicans hold by a slim 53-47 majority.

Steve Schmidt, a co-founder of the Lincoln Project, an anti-Trump group of Republicans and former Republicans, said pushing through a nominee would endanger the party's control of the Senate.

"All the analysis that this is good for Republicans is wrong. It's not good for Republicans. It's terrible," said Schmidt, who helped steer the confirmations of Chief Justice John Roberts and Justice Samuel Alito during the George W. Bush administration.

A Reuters/Ipsos poll released on Sunday found that 62% of American adults want the winner of the November presidential election to name the new justice, while 23% disagreed and the rest said they were not sure.

Graham opposed efforts by former Democratic President Barack Obama to fill a vacant Supreme Court seat in 2016, arguing it was inappropriate to do so in an election year, but has said he will support any move by Trump to fill Ginsburg’s seat.

A Democratic Senate strategist who asked not to be named said the Democratic Senatorial Campaign Committee will be pouring money into races that could impact any vote on Ginsburg’s replacement, including in Colorado, where Republican U.S. Senator Cory Gardner is vulnerable. 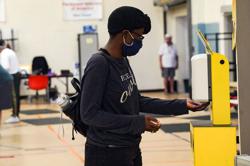 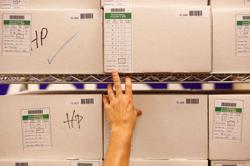