BUENOS AIRES, Sept. 16 (Xinhua) -- Argentina on Wednesday unveiled a new 35 percent tax on foreign currency purchases to prevent the public from hoarding U.S. dollars in the face of a weak peso.

The measure, announced by the Federal Administration of Public Revenues, the tax collection agency, and published in the Government Gazette, came a day after the Central Bank of the Argentine Republic said it would tighten currency controls to dampen the demand for U.S. dollars.

The tax aims to "discourage the demand for foreign currency made by people ... for the purposes of hoarding and credit card spending" abroad, in order to "prioritize the allocation of foreign currency to the recovery of economic growth and employment," the bank said late Tuesday.

Previous restrictions remain in place, including limiting citizens to buying no more than 200 U.S. dollars a month.

The new tax does not apply to spending on healthcare, medication, books in any format, online education and software for educational purposes. 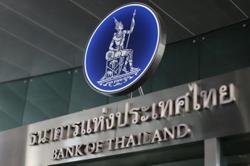