The latest figure, however, compares with 197 cases recorded on Monday following Sunday's tally where cases surged to 331.

Osaka, meanwhile, saw daily cases rise by 102 bringing its caseload to 5,994, while Tokyo's neighboring prefecture of Kanagawa reported 27 new cases to total 3,331, according to the latest official figures Tuesday evening.

Tokyo residents have been urged to refrain from traveling to their hometowns for family reunions during the Bon holiday period which usually sees an annual mass-exodus from the capital.

They have also been asked to avoid dining out in large groups over extended periods, or attending smaller evening gatherings in close proximity with others.

The Tokyo metropolitan government has maintained its alert level at the highest on its four-tier scale meaning that "infections are spreading" and has warned residents to maintain the utmost caution.

As for those testing positive in the capital Tuesday, 108 people of the total were aged in their 20s and 30s accounting for around 57 percent of the total, the metropolitan government said.

Tokyo's cumulative number of infections now stands at 16,252, the highest among Japan's 47 prefectures and compares to a nationwide total that surpassed the 50,000-mark on Monday.

In just one week prior to this, 10,000 new cases were recorded as large urban areas like Tokyo, Osaka and Kanagawa have seen the virus' rapid resurgence since the state of emergency was fully lifted on May 25.

Establishments serving alcohol like bars, restaurants and karaoke parlors have been requested by the Tokyo metropolitan government to close their businesses by 10:00 p.m nightly for the majority of August.

Tokyo Governor Yuriko Koike, meanwhile, has not ruled out the possibility of declaring a Tokyo-specific state of emergency should the COVID-19 situation in the capital of 14 million continue to worsen. 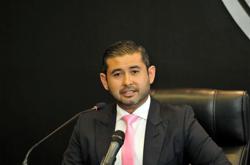