BERLIN, Aug. 10 (Xinhua) -- German authorities seized around 1.5 tons of cocaine in a shipping container in the port of Hamburg, a spokesperson of the customs investigations office in Hamburg confirmed to Xinhua on Monday.

The cocaine, which was hidden between sacks of rice, had an estimated street value of around 300 million euros (353 million U.S. dollars), the German newspaper Hamburger Abendblatt first reported.

The shipping container came from Guyana, a country on the northern mainland of South America, and arrived at the port of Hamburg in late June. The container with the illegal cargo was meant to be transferred to another ship destined for Poland.

German authorities assumed that the cocaine was to be distributed from Poland to bulk buyers across Europe.

The largest single cocaine seizure in Germany took place last year when German customs discovered 4.5 tons of cocaine on a container ship in the port of Hamburg. 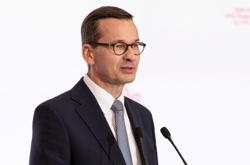 Poland government heads further to the right in new lineup 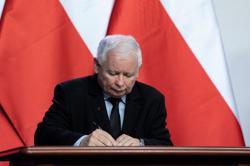