Sima Sadat Lari, spokeswoman for Iran's Ministry of Health and Medical Education, said at her daily briefing that out of the new cases in the past 24 hours, 1,049 have been hospitalized. (Iran-COVID-19)

BEIRUT -- At least 109 people were injured on Saturday in clashes during protests against the ruling class in downtown Beirut, days after massive explosions rocked the Lebanese capital that killed at least 158 and injured 6,000 others, LBCI TV channel reported.

Demanding an overhaul of the Lebanese political system, the protesters were trying to break into the parliament, prompting security forces to use tear gas to disperse them. (Lebanon-Beirut Protests-Injury)

CAIRO -- Egypt sent on Saturday another batch of aid to Lebanon to help the country with facing the aftermath of the recent massive explosion that rocked the capital Beirut, Egypt's official MENA news agency reported.

Loaded with 14 tons of aid, including foodstuff and flour, the Egyptian plane arrived at Rafic Hariri airport in Beirut earlier on Saturday. (Egypt-Aid-Lebanon-Beirut-Explosion)

BAGHDAD -- The Iraqi Prime Minister Mustafa al-Kadhimi will pay an official visit to the United States to meet with the U.S. President Donald Trump on August 20 for talks on bilateral ties and cooperation in various fields.

Al-Kadhimi would head a government delegation on his visit, which came at an official invitation from the United States, said a statement by the Premier's office without saying when al-Kadhimi would leave. (Iraq-US-Trump) 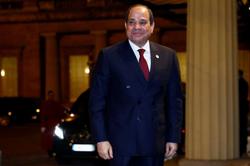