A segment of the Planpincieux glacier is seen on the Italian side of the Mont Blanc massif after renewed warnings that a big portion of the glacier is at risk of collapse, in Aosta, Italy, August 5, 2020. Picture taken August 5, 2020. Fondazione Montagna Sicura/Handout via REUTERS

COURMAYEUR, Italy (Reuters) - A melting glacier as large as a cathedral is at risk of breaking apart due to a heatwave, forcing the evacuation of part of an Italian alpine valley.

The alarm was raised on Wednesday afternoon when experts in helicopters realised that the Planpincieux glacier, at an altitude of about 2,800 metres in the Ferret Valley in the Mont Blanc massif, was slipping dangerously.

A heatwave has created a layer of water under the glacier, which is made up of about 500 cubic metres of ice - roughly the size of the Milan cathedral - making it more prone to a break.

"There is an enormous block of ice resting on the rock and the danger is that it could detach in an instant," glacier expert Fabrizio Troilo told the Corriere della Sera newspaper's website.

About 75 residents and tourists in homes or hotels in hamlets in the threatened part of the valley were evacuated and police threw up roadblocks to prevent others from entering.

The threatened part of the valley was divided into a "red zone" that could take a direct hit and a "yellow zone" that could suffer from shock waves caused by the displacement of air and other secondary effects.

Many tourists in parts of the valley not directly threatened by an eventual collapse had already opted to leave, local officials said.

"The season was going well despite the COVID pandemic," Jacopo Nitri, who owns a small hotel in the area, told the Corriere. "I had to send away 25 clients and cancel some reservations. If the situation is not resolved in the next few days it will be a disaster." 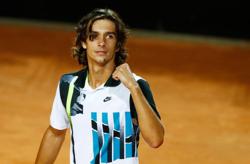 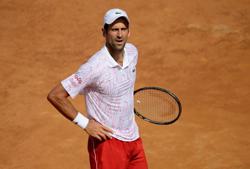 1,000 fans at Italian Open better than none, says Djokovic Spectators to be allowed to watch Italian Open