FILE PHOTO: Brazil's President Jair Bolsonaro gestures before a ceremony of lowering the national flag for the night, amid the coronavirus disease (COVID-19) outbreak, at the Alvorada Palace in Brasilia, Brazil, July 24, 2020. REUTERS/Adriano Machado

BRASILIA (Reuters) - Brazilian President Jair Bolsonaro said on Wednesday that Brazil would send help to Lebanon after a huge explosion destoyed parts of the capital Beirut the day before.

"Brazil is going to do more than a gesture, something concrete, to assist, in part, those tens of thousands of people who are in a very tough situation," he said at the end of a ministerial ceremony.

Bolsonaro said he had called the Lebanese ambassador to Brazil.

On leaving the ceremony, Bolsonaro told reporters that his government is in contact with representatives of the Lebanese community in São Paulo to decide what kind of aid will be sent. Bolsonaro said a military aircraft is available for transport.

A massive explosion in warehouses in the port of Beirut on Tuesday killed at least 100 people, injured 4,000 and caused shock waves that shattered windows and damaged buildings. 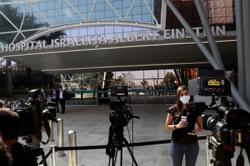 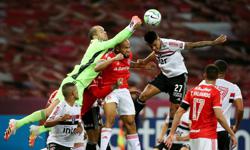 First-half goals lead to draw between Inter and Sao Paulo