FILE PHOTO: People enjoy drinks and dinner following the coronavirus disease (COVID-19) outbreak, at the partially reopened Japanese drinking bars alley, on the first day after the Japanese government lifted the state of emergency at Shinjuku district in Tokyo, Japan May 26, 2020. REUTERS/Issei Kato

TOKYO (Reuters) - Tokyo health officials appealed on Tuesday for more than 800 theatregoers to get tested for the novel coronavirus after a production starring Japanese boy-band members was found to be the source of at least 20 cases.

The Tokyo government said it was focussing on a 190-seat theatre in Shinjuku, a busy entertainment area and home to one of Asia's biggest red-light districts which has been the centre of a recent spike in infections.

Japan is pushing ahead with opening up parts of the country, with plans to reopen a runway at one of the country's biggest airports, even as infections persist in the capital as well as some rural areas and U.S. military bases.

"It's crucial that we maintain caution and prevent the further spread of infections, while at the same time pursue economic activity," Chief Cabinet Secretary Yoshihide Suga told a news conference.

The latest cluster has been traced to Theatre Moliere, which staged a play for six days starring mainly up-and-coming boy-band members earlier this month.

The Tokyo government said it learned of the first infection among a cast member on July 6, after which testing found 20 related cases by late Monday. It called on all audience members who attended the performance to get tested.

The producers of the play, "Werewolf", released a statement on Monday also asking audience members to seek health advice.

"Following a large number of infections seen among our spectators, we have been informed that all 800 spectators who came to see the performance have been identified as high-risk contacts," Rise Communications said on its website.

As Tokyo struggles to contain virus infections, travel routes to and from the city continue to open up. Narita International Airport, one of the two main airports serving the capital, is planning to re-open its second runway ahead of a public holiday next week, public broadcaster NHK reported.

While Japan has avoided more disastrous outbreaks seen in other countries, it faces a deep recession instead of enjoying a tourism boom that was expected with the now-postponed Olympics.

A recent Tokyo survey by the Asahi Shimbun daily showed that 59 percent believe the Games should be postponed again or cancelled, underscoring the public's worries about the pandemic.

The Asahi on Tuesday reported that the Japanese government was considering easing entry restrictions for athletes. 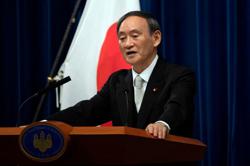 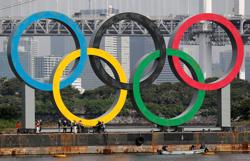 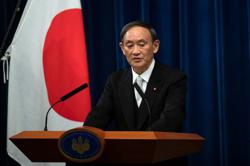