MOSCOW (Reuters) - Russia has blamed the death of nine students in the Urals mountains in 1959 on an avalanche and poor visibility, an inquiry has found into the incident which has provoked dozens of conspiracy theories, news agency RIA reported on Saturday.

Russia opened a new investigation in 2019 into the case, looking to settle questions about what happened in the harsh winter 61 years ago when the group disappeared on a trek.

Soviet officials concluded at the time that the group died due to "the spontaneous power of nature". But their injuries including skull fractures and broken ribs provided fertile ground for speculation and several books and films were later made to address theories which ranged from an animal assault to an attack by aliens.

The latest inquiry has backed the idea of natural causes including an avalanche which forced the group out of their tents to shelter under a nearby ridge. Lack of visibility then prevented their return.

"It was a heroic struggle. There was no panic. But they had no chance to save themselves under the circumstances," RIA reported, citing Andrey Kuryakov, deputy head of the regional prosecutor's office.

"The version (of the events) about the avalanche has found its full confirmation, but it was not the only cause of their death," Kuryakov said.

The group had cut their way out of their tent and left it to hide at a ridge 50 metres (164 feet) away.

"When they turned back, they did not see the tents. The visibility was 16 meters," Kuryakov said. The group tried to climb down but froze to death in temperatures as low as minus 45 Celsius (minus 49 Fahrenheit). 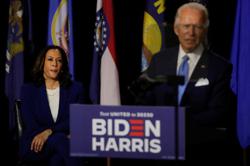