FILE PHOTO: People wait in line at a food bank at St. Bartholomew Church, during the outbreak of the coronavirus disease (COVID-19) in the Elmhurst section of Queens, New York City, New York, U.S., May 15, 2020. REUTERS/Brendan McDermid/File Photo

CHICAGO (Reuters) - The U.S. government delivered far less food aid than it had pledged by the end of June, according to food bank managers and data from the agriculture department sent to Reuters, after it hired inexperienced companies to box food during the pandemic.

The Farmers to Families Food Box program, one of several new government efforts to relieve struggling Americans, aimed to take food from farmers typically produced for restaurants and deliver it to the millions of people who lost their jobs or were otherwise hit by the coronavirus lockdown.

But the program has drawn criticism from food banks, analysts and some U.S. senators for awarding contracts to often inexperienced vendors that were unable to source the food and deliver it in a timely manner.

Data sent to Reuters shows the program fell short of its target to deliver $1.2 billion (961.85 million pounds) worth of food to food banks, churches, and other organizations in need by June 30, a goal announced when food box contracts were awarded to private venders on May 8.

The agency expects to verify a total of 27.5 million food boxes delivered from the first round of the program, a USDA representative said in an email. That is equivalent to $755.5 million, according to calculations by Reuters based on the average cost of food boxes provided by USDA, or 63% of the $1.2 billion pledged.

Overburdened food banks across the country were optimistic that the program would bring ready-to-deliver food to families in need.

The program, championed by the daughter of U.S. President Donald Trump, Ivanka Trump, sought to build a bridge between people unable to buy enough food and farmers who were dumping milk, euthanizing hogs and destroying lettuce fields as demand from shuttered restaurants fell off.

But deliveries were slow to start and have amounted to less than promised as some of the companies involved had never worked with food banks or even wholesale food distribution.

"We're getting about 60% of what we were told we would get," said Brian Greene, CEO of the Houston Food Bank, in an email. "Some of it was vendors couldn't do what they said they would do."

The USDA representative, who asked not to be named, said the agency is continuing to review food deliveries to ensure quality and safety standards. USDA canceled two contracts within the first few weeks of the program, and did not renew 16 others. The agency representative did not comment on the June 30 delivery shortfall.

The Trump administration announced up to $3 billion for the Food Box program in April as part of a broader aid initiative for farmers.

'SUPPOSED TO EASE THE BURDEN'

With vendors falling short on deliveries, food banks have reassigned employees to manage the program and volunteered their own trucks to get the food into the hands of those who need it.

"We're dedicating significant staff time to coordinate these deliveries - in some case we have to do the deliveries ourselves," said Greg Trotter, senior manager of public relations for the Greater Chicago Food Depository. "It was supposed to ease some burden from food banks. That has not been the case here for us."

When the deliveries come through, Trotter said the program has provided high-quality food to a rising number of out-of-work Americans. The Greater Chicago Food Depository has seen a 90% increase in people served since January.

Among the vendors not renewed in the second round was event planner Texas-based CRE8AD8 LLC. The company, pronounced "Create a Date," had to hire people for every role needed to fulfill its $39.13 million contract.

According to the Houston Food Bank's Greene, CRE8AD8 delivered just 17 of its 90 promised food box loads.

(Reporting by Christopher Walljasper in Chicago; Editing by Caroline Stauffer and Matthew Lewis) 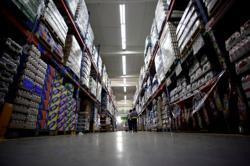 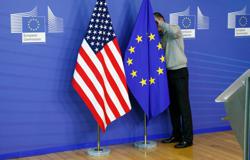 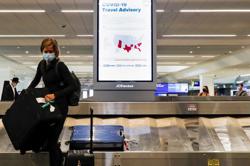