CARACAS (Reuters) - An indigenous group in the Ecuadorean Amazon has taken two police officers and a state official hostage to demand authorities return the body of a community leader who according to the government died of COVID-19.

Interior Minister Maria Paula Romo said the man died of COVID-19 and was subsequently buried in accordance with international protocols for handling corpses amid the pandemic.

"Police officers cannot be considered a bargaining chip in this or any circumstance," tweeted Romo, publishing photos of the officials sitting in a wooden building surrounded by community members, some carrying traditional spears.

Members of the Shuar Kumay community insist that Alberto Mashutak did not die of COVID-19 and that they should be allowed to give him a traditional burial, said lawyer Marcos Espinoza, who represents the community.

As the dispute escalated on Thursday afternoon, community members took the two officers and an official with government of the state of Pastaza hostage, Espinoza said in a telephone interview.

"It is a violation of collective and cultural rights and we are proposing... that a judge order the exhumation and the transfer of the body," he said.

Reuters was unable to obtain comment from the Shuar Kumay community or from Ecuadorean indigenous organizations.

Amazonian indigenous groups on Wednesday reported having 1,215 coronavirus cases and 37 deaths, according to data published by the Confederation of Indigenous Nationalities of the Ecuadorian Amazon.

Ecuador suffered a brutal outbreak of coronavirus in March and April that left bodies accumulating in the streets of its biggest city, Guayaquil. But since then, infection and death rates have declined amid social distancing measures. 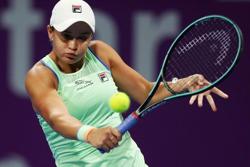