(Reuters) - New Zealand police were hunting for a person who shot and seriously injured two officers on Friday during a routine traffic stop before driving away in the city of Auckland.

A member of the public was hit by the vehicle as the suspect drove off, police said in a statement on Twitter.

"Cordons are in place and schools in the immediate area have been advised to lock down," Superintendent Naila Hassan, Waitemata district commander, said in a statement.

The country's lawmakers on Thursday passed legislation to create a new firearms registry that licence holders will be required to update as they buy or sell guns.

(Reporting by Renju Jose in Sydney; editing by Jane Wardell) 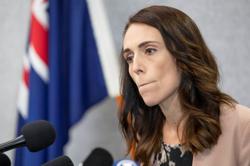